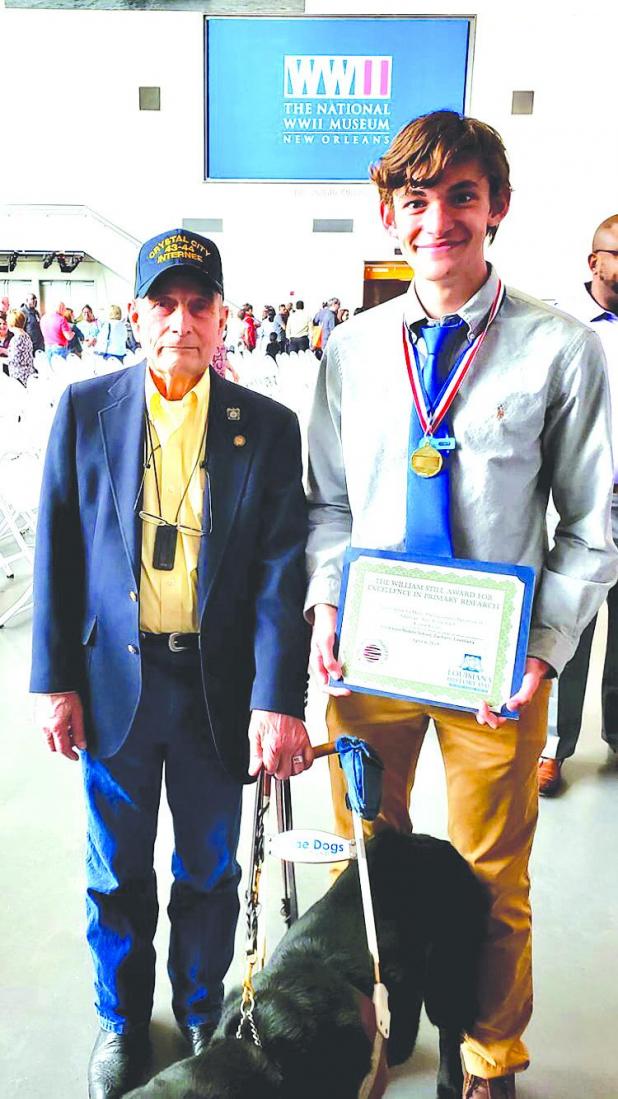 Kelley’s exhibit titled “Enemy Alien No More: The Inalienable Patriotism of American Wes Wesselhoeft” tells the story of Ruston resident Adolf “Wes” Wesselhoeft. Wesselhoeft, although born in the United States, was the child of German immigrants and so he and his family were sent to Crystal City Internment Camp in Texas during World War II. A short while later, his family was traded to the Germans for American POWs. Undeterred by this incident, Wesselhoeft returned to the United States and joined the Air Force, serving for 22 years and retiring as a lieutenant colonel.

Kelley also won the William Still Award for Excellence in Primary Research which came with $250 in prize money. Currently, Kelley is focusing on improving his project with the goal of winning at the National Competition in Maryland.

National History Day is a national research contest in which students in grades 6th through 12th create historical projects based on an annual theme. This year’s theme was “Triumph and Tragedy in History,” and students were asked to research any area to find examples of individuals, groups, or nations with experience with triumph and tragedy. The contest is similar to a social studies project, but topics in economics, geography, art and science apply as long as they fit within the theme. Junior and Senior High students are also eligible to apply to win a D-Day trip to Normandy, France. CAMM has sent two students from NELA on full scholarship – one from Neville and one from Wisner. Those interested in next year’s competition can find out more about National History Day at louisianahistoryday.org.