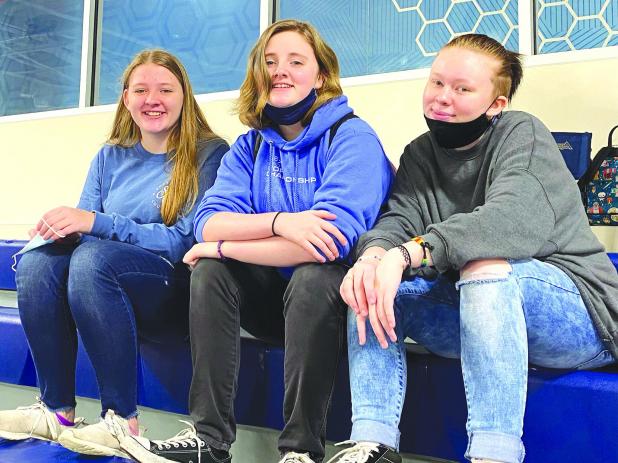 Delhi Charter School earned top marks at the Liberty High Change Up Robotics Tournament, their first tournament of the season.

Rylee Graham, Abbie Houston and Jenny Wright of team 8892B won the top award of the tournament, the Excellence Award.

According to the REC Foundation, “The Excellence Award is given to the overall top team. It is the highest honor given out in the VEX Robotics Competition. The recipient of this award is a team that exemplifies overall excellence in creating a high quality VEX robotics program. This team excels in many areas and is a shining example of dedication, devotion, hard work and teamwork. As a strong contender in numerous award categories, this team deserves to be recognized for building a quality robotics program and a team committed to quality in everything that they do.”

According to the REC foundation: “The Judges Award goes to a team the judges decide is deserving of special recognition. Judges consider a number of possible criteria for this award, such as team displays of special attributes, exemplary effort and perseverance at the event and team accomplishments or endeavors throughout the season that may not fall under existing awards, but are nonetheless deserving of special recognition.”

Other schools of note at the 32 team tournament include Baton Rouge Magnet High School, which took home the Tournament Champions and Robot Skills Awards, as well as Liberty Magnet school, which won the Design Award.

Delhi Charter will next compete Feb. 13 when it hosts the NELA VRC Tournament.  Due to restrictions this event will not be open to the public.