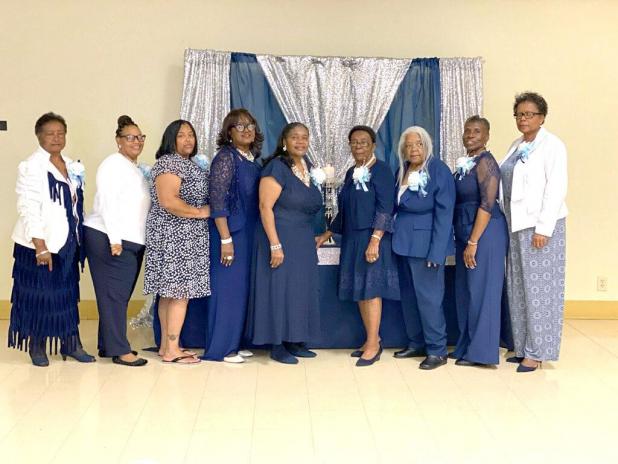 Organized on Jan. 13, 1970, in the home of Aletha Mae Bellows Carter in Newellton, the Optimist Club marked 50 years of service to the community this year.

The Optimist Club is a chartered, community service organization that has done many things to support families, schools, communities, and charitable projects and fundraisers, such as contributing monetary donations and services to families in need, sponsored sports activities, attended and supported worship services throughout the community and holiday commemoratives such as Easter egg hunts for children, Memorial Day programs honoring veterans who gave the ultimate sacrifice for our freedoms, Halloween community activities (along with the Socialite and Elite clubs and other individuals) and Thanksgiving day dinners prepared and delivered to the elderly and the disabled.

The Optimist Club celebrated its 50th anniversary Jan. 11 at the Tensas Community Center, 118 Arts Drive, St. Joseph. It was a beautiful program and dinner that gave the Optimist Club an opportunity to remember their humble beginnings, celebrate their accomplishments and plan for the future.

Dorothy Bass and Deborah Bass lit a memory candle recognizing those members who had passed on ... gone but not forgotten. The guest speaker was Frankie Robinson, who did a marvelous job encouraging the club to continue in well-doing.

With renewed fervor, the Optimist Club pledges to continue on the path of service to others through community efforts, armed with the motto, “There’s much more good than evil in the world, and the good will ultimately triumph over the evil!”