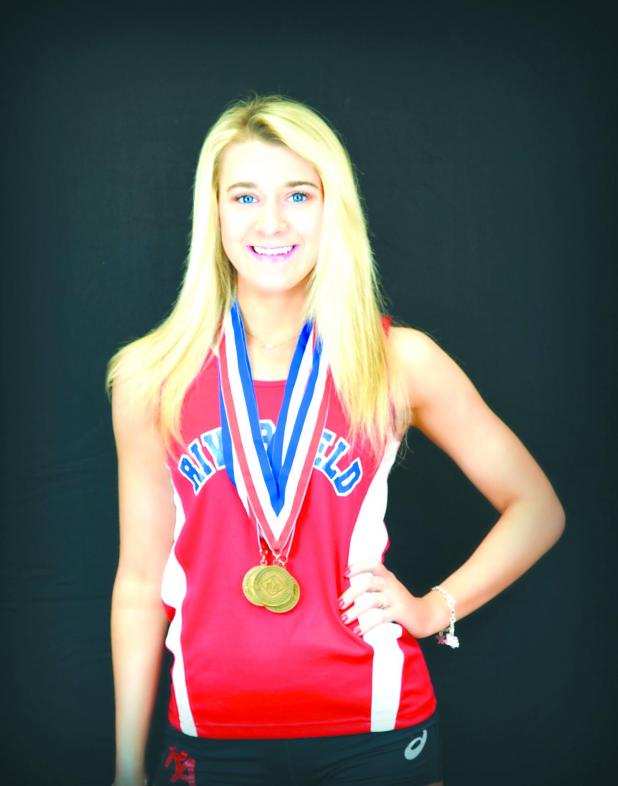 Raider track and field to begin at Riverfield

The school year is quickly passing by and with basketball season coming to a finish attention is now being focused on spring sports at Riverfield Academy.

One of those spring sports is track and field.  A large group of students will begin practice on Feb. 18 preparing for competition in four scheduled meets as well as MAIS-3A district and state meets.

Among the participants this year will be senior Haley Salsbury. Over the past few years Salsbury has excelled for Riverfield on the track in both short and long distances. Long distance however seems to be where her greatest strength lies.

Salsbury took State titles last year (2019 season) in the 3200, 1600, and 800 meter runs. Her success on the track has caught the attention of several college and university scouts.  Salsbury has decided to continue her running on the collegiate level and has signed with the University of Louisiana at Lafayette on a track scholarship. She will begin classes at ULL this fall.

Salsbury’s earliest memories of track at Riverfield include winning the 100 meter run at her district meet when she was in the seventh grade under the direction of Coach Mike Jones. In her freshman year she qualified to go to the state meet in the 800 meter run and placed third overall. Improving her times has been at the heart of her running since those early days.  Her work ethic has included training that extends beyond the spring track season. She has for several years continued her training with a summer track club in Monroe and also has been involved in resistance and agility training off the track.

Salsbury has been in competitions in Texas, Louisiana, and Mississippi as well as competing in many area 5K and 10K races. Along with her other track achievements at Riverfield Salsbury took second place at the MAIS-3A cross country championship meet at Choctaw Trails in Clinton, Miss., in 2018.

In her senior year on the track Salsbury will be competing in the 1600 and 800 meter runs. It is her desire to set an MAIS record in the girls 800 meter run. We want to wish Haley and all of her Raider teammates the very best in the 2020 season. As Haley competes in her final season at Riverfield we thank her for her contributions to Raider track and for the inspiration she passes on to younger students who have caught the passion to excel on the track.